Yesterday you may have heard me complain about being overwhelmed with the recipes I picked for the week. Basically, I got all excited because my Mom was visiting, which meant she could keep my 2-year-old occupied while I decided to take on some complicated recipes. This was one of them. Don’t get me wrong, it was totally delicious and worth the effort, but…it was definitely full of effort.

I stumbled upon this recipe, “Chicken that Fancies Itself Spanish with Lemons, Onions, & Olives,” on Food52.com.

Perhaps it wouldn’t have been so hard had I not just finished (and passed, btw) the ServSafe class at the Health Department. I’m so freaked out by cross-contamination these days, that I had to turn the chicken process over to my husband. I’m sure it will eventually pass, but let’s just say that right now I’m using so much sanitizer that my hands are peeling. Truth. 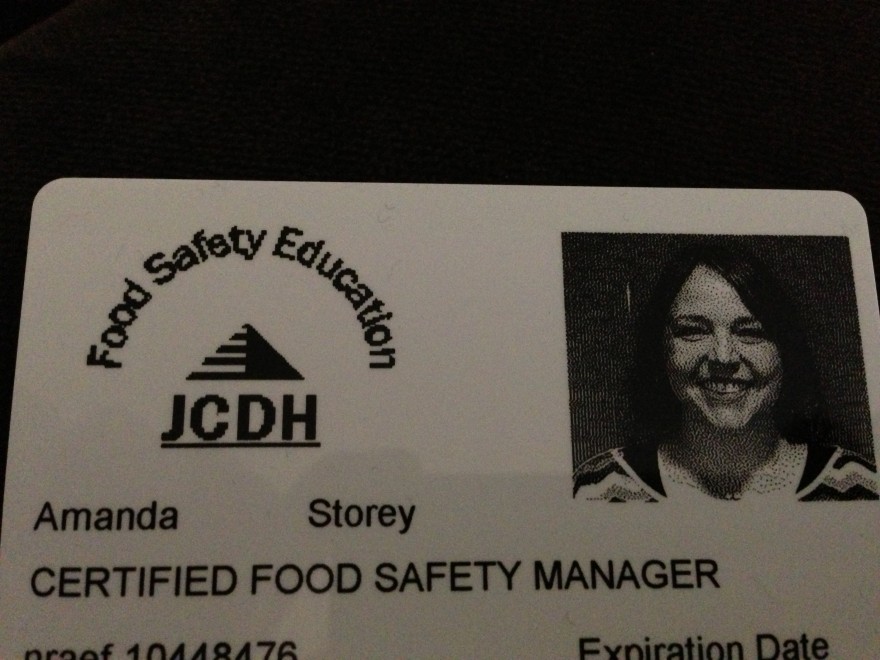 See? I’m official. And officially FREAKED out by anything that involves raw chicken. That being said, I’m so glad we conquered my fear because this recipe was amazing.
Think chicken, onions, olives, paprika, cinnamon, white wine, tomatoes, garlic, and A LOT of lemons. Just go to the link right HERE to see the recipe. A couple of caveats:
1) I didn’t have a fennel bulb, so I left it out (actually, I would have never used it anyway)
2) I probably should have used a dutch oven that was a little larger/wider so that the chicken would remain a little crispier than it did. But even though the chicken got a little soggy, it was one of the most tender and juiciest chicken dishes I’ve ever had. For real. 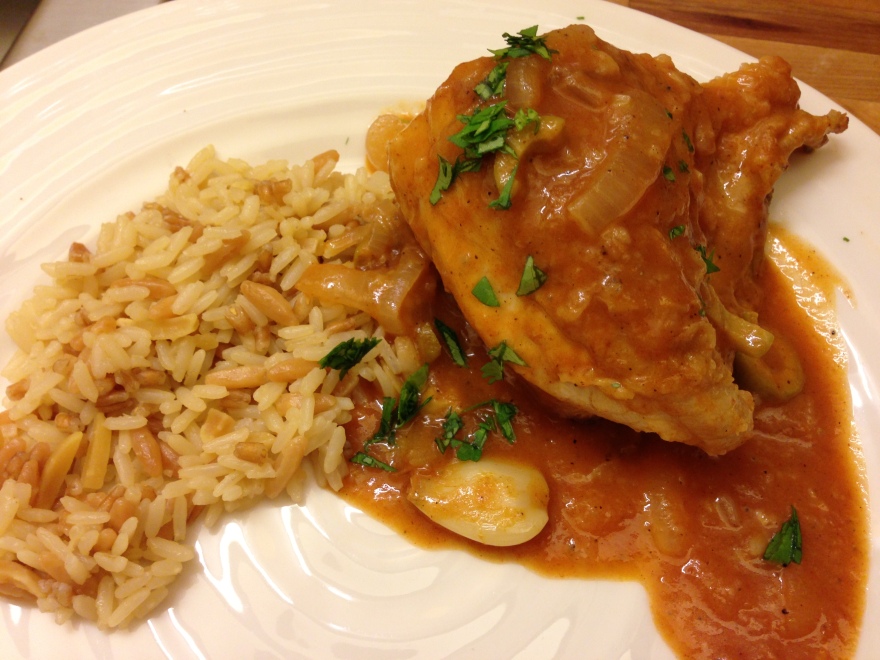 Hope you like it as much as we did!