Renovation 2014: In Every Possible Way Imaginable

I’m totally surprised that you aren’t finding me face planted in a half-eaten bag of potato chips or rocking back and forth in a corner with cheese dip dripping down my chin. I’m serious. The last couple of weeks…months…let’s just go ahead and say YEAR has been a bit crazy. In addition to some major life incidents like death, separation, and interestingly enough LIFE found in the form of a 2 year old, I’ve also been living at my husband’s parents house for the last 5 months while we renovated our new house. Selling a house? Stressful. Buying a house that needs work? Stressful. Living at someone else’s house with your 2-year-old? Stressful. Renovating a house and deciding on tile? Stressful. Trying to stay on a diet? Stressful. Work not slowing down one single second? Stressful. Normally in these situations I turn to anything that is fried and has a salt coating of some sort: Chips, Fries, and whatever else that qualifies. I’m pleased to say I’ve somehow managed to balance it out a bit better than I expected. And before anyone even pauses to think I don’t know how lucky I am to be in the position that I’m in: to have a roof over my head, to have supportive family, to have a job, and to have food– I do know that I’m lucky beyond measure. Perspective has been a huge part of this journey and I’m well aware and very thankful.

So the update is I’m IN the house. It’s been two weeks. There are boxes surrounding me, my kid is only now starting to get used to the new shadows in his room, and I’m feeling like I can see a light at the end of a tunnel without thinking it is a train about to run me over. Today was one of those days where I had two very important things I needed to do and had planned on creating my day around them, but all of it fell through for various reasons. So, I found myself here in my new house with my kid and do you know what happened?  My kid “went potty” TWICE today for the very first time ever. There are days when I wish I could be in three different places because of need, obligation, to show support, to participate in important events, and to learn and evolve and experience new things and thoughts and then your kid finally goes potty after almost a year of trying and it almost seems like I was supposed to stay put today. For him. In this new house. In this quiet space. Of course, it could also be because there were stars and charts and popsicles and Rescue Bots involved, but I actually think it was ALL of this made today happen the way it did.

And so Food Revival continues. I started years ago on Alpine Street in my one butt kitchen. My washer and dryer were my countertops. I couldn’t touch the electric stove while leaning on the dryer right next to it or else I would feel an electrical jolt. I had one working drawer. Some of my most favorite times and meals were made in that one butt kitchen. See what I mean?

Then my husband renovated that kitchen so we could sell it. Man, he did a great job. Even if this happened while I was pregnant and totally not a happy camper, I’m so glad he did it!

And now I’m in the kitchen I never thought I’d be in mainly because we had the opportunity to design it ourselves. Shall we participate in some before & afters? Why, of course we can! 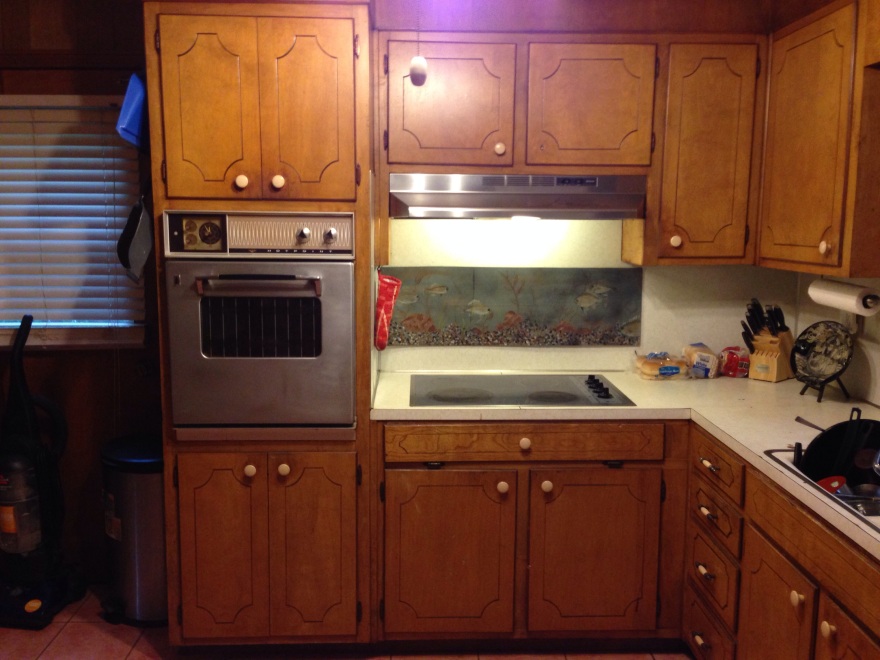 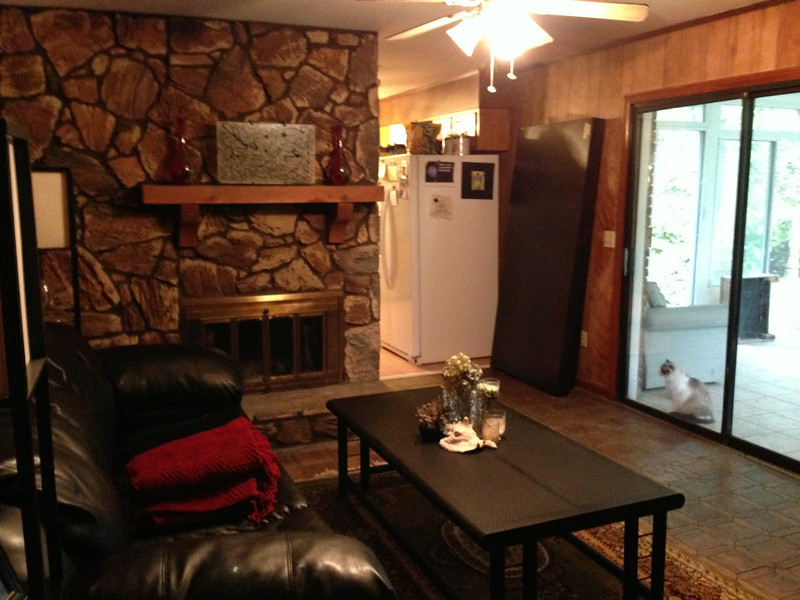 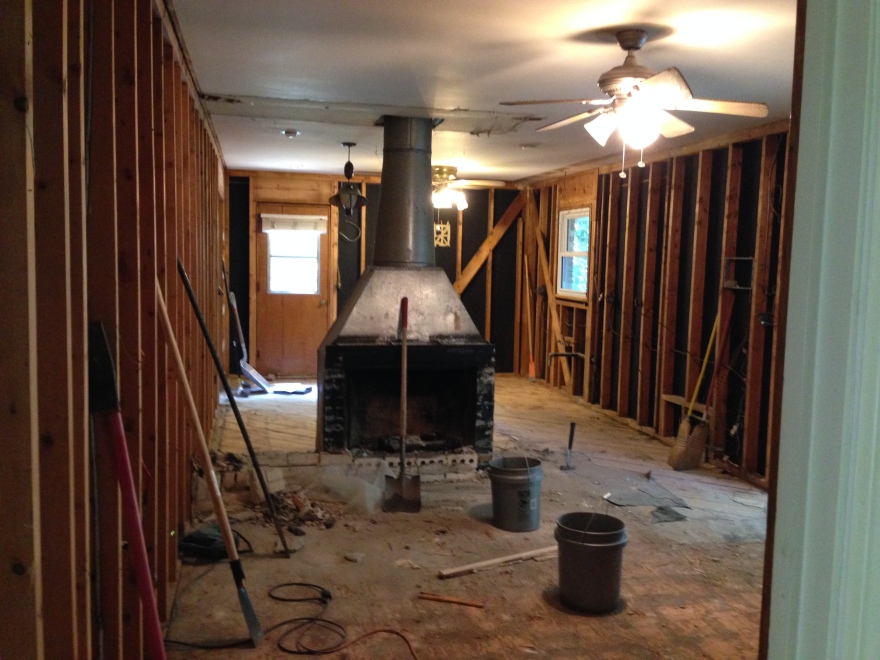 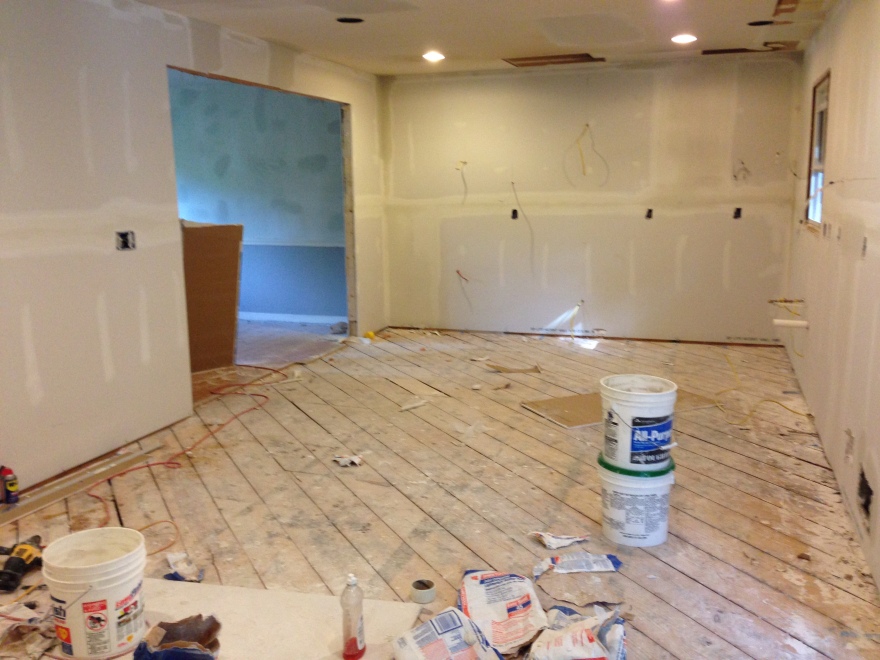 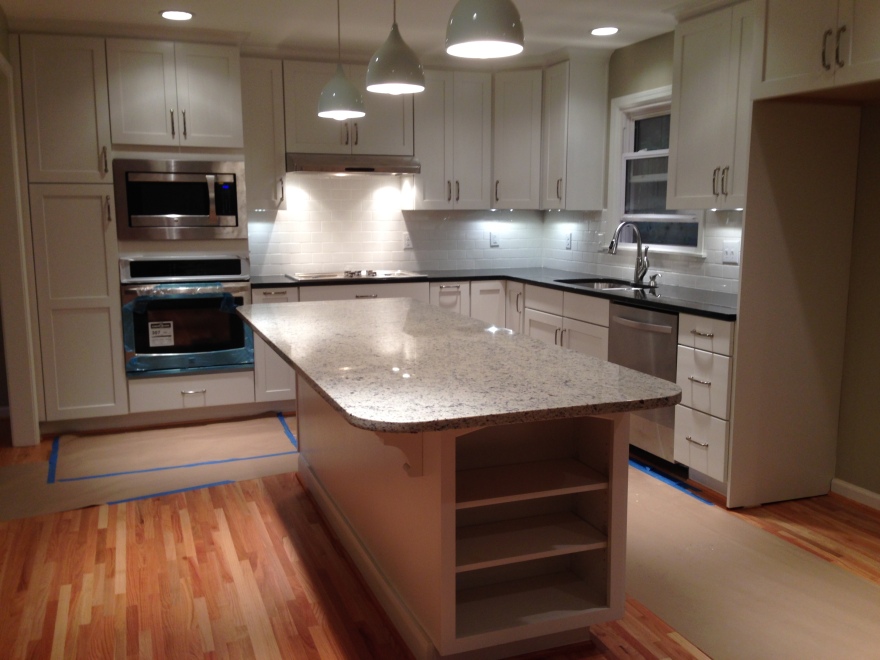 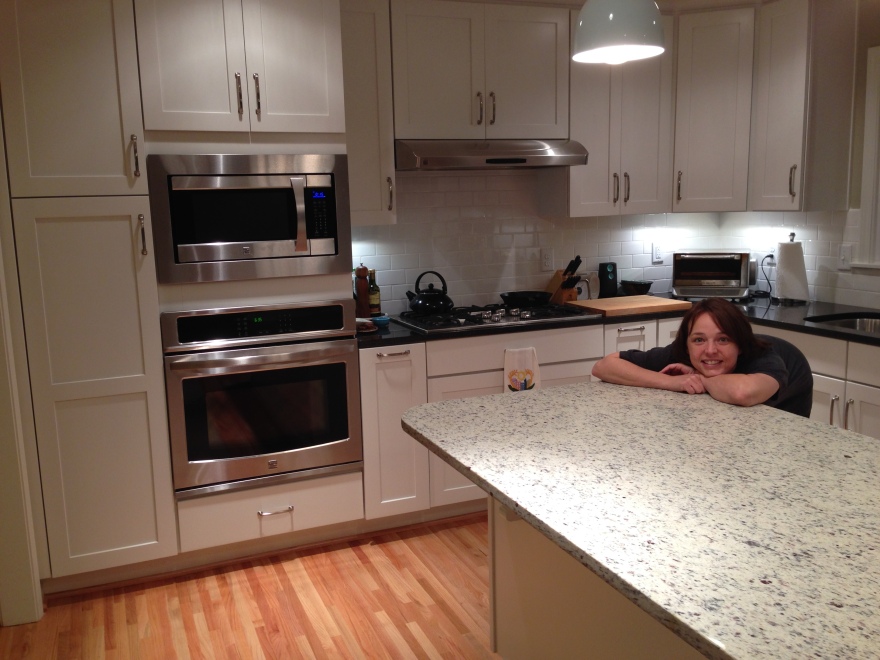 Many stars and amazing humans aligned to make this happen. I’m talking we were really lucky on many levels. I have to say I can’t wait to continue documenting meals in this new kitchen. Sure, most of ’em have points attached, but I assure you whatever I post will be worth it!

All of this to say: I’ve missed writing. I’ve missed posting. I’ve missed cooking. But after today’s lesson of sitting still, I can say with confidence that I don’t want to have to write another post where I’ve missed things I can never get back. And who the heck would have thought I would count “potty time” as one of THOSE experiences? What a year.

Now let’s get to the food because I’m assuming that might be why some of you clicked on this post! One of the first meals I made in the new house was Weight Watchers Layered Mexican Chicken.  The dish made a ton, which was great for leftovers and I’m even going to freeze a few squares for later. Speaking of squares, each serving equals 8 points. I skipped the “cook chicken” part of the process and just used rotisserie chicken because IT WAS EASIER TO DO. I think that was the only change I made. Definitely think about adding some salsa on the side because I found this dish to be a bit dry (probably because I used too much chicken or something like that). Nonetheless, I thought it was super tasty and really easy to make. It might have just tasted better because it WAS COOKED IN MY NEW KITCHEN THAT I LOVE SO MUCH. Okay, sorry. Just had a moment… 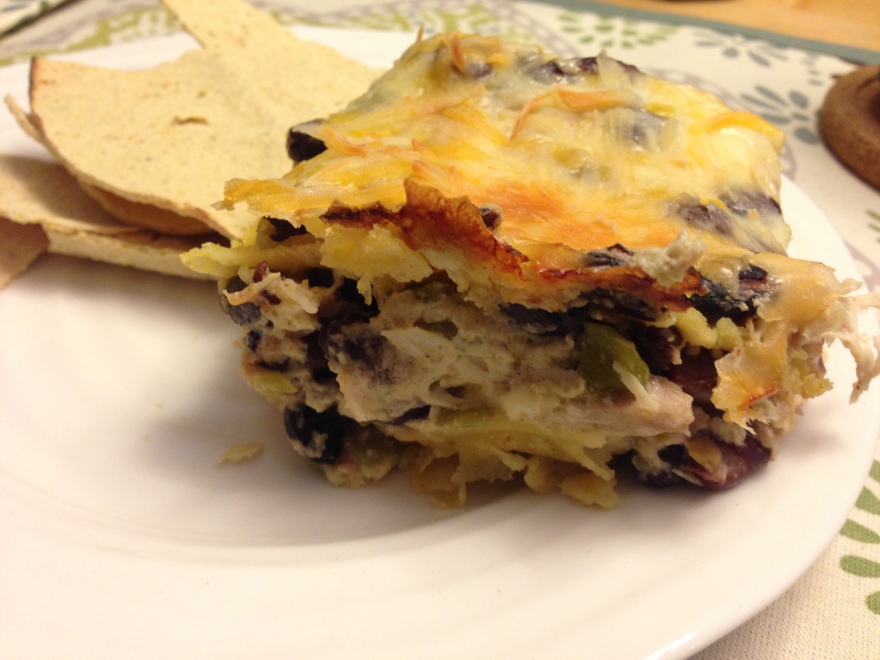 Huge thanks to those of you who have been cheering us on and loving us along the way this year. Y’all haven’t given up on me and I’m appreciative. Here’s to some exciting meals and memories to come.

Did I mention that this kid went potty today?